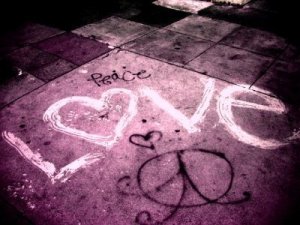 I am not the type that forwards on meaningless circulars, joke emails and get rich through attending this course for just $999.

But having read this recent blog post by (the direct marketing legend that is) Mr. Drayton Bird, I felt compelled to pass it on. To read the original post in its entirity, please click here.

Frankly, having seen what’s happened here, I think it makes eminent sense and is not just scaremongering – though it is scary. I am old enough to remember hiding in a bomb shelter during the second world war. Juval Aviv was the Israeli Agent upon whom the movie ‘ Munich ‘ was based. He was Golda Meir’s bodyguard, and was appointed to bring to justice the Palestinian terrorists who took Israeli athletes hostage and killed them during the Munich Olympic Games. In a lecture in New York City he said things we all need to know — but that the U.S. government – or any other – has not yet revealed.

He predicted the London subway bombing on the Bill O’Reilly show on Fox News stating publicly that it would happen within a week. O’Reilly laughed, and mocked him saying in a week he wanted him back on the show. Within a week the attack took place. I remember that day very well. Juval Aviv gave intelligence (via what he had gathered in Israel and the Middle East ) to the Bush Administration about 9/11, a month before it occurred. His report specifically said they would use planes as bombs and target high-profile buildings and monuments.

Congress has since hired him as a security consultant. Now for his future predictions. He predicts the next terrorist attack on the U.S. will occur within the next few months. Forget hijacking airplanes, because he says terrorists will NEVER try and hijack a plane again as they know the people onboard will never go down quietly again. Aviv believes our airport security is a joke – that we have been reactive rather than proactive in developing genuinely effective strategies. For example:

1) Airport technology is outdated. We look for metal when the new explosives are made of plastic.

2) Some idiot tried to light his shoe on fire. Because of that, now everyone has to take off their shoes.

3) A group of idiots tried to bring aboard liquid explosives. Now we can’t bring liquids on board. He says he’s waiting for some suicidal maniac to pour liquid explosive on his underwear; at which point, security will have us all traveling naked! (See my post last week).

Every strategy used is reactive. We only focus on security when people are heading to the gates. Aviv says if a terrorist attack targets airports in the future, they will target busy times on the front end of the airport when / where people are checking in. (Remember the Glasgow bomber?) It would be easy for someone to take two suitcases of explosives, walk up to a busy check-in line, ask a person next to them to watch their bags for a minute while they run to the restroom or get a drink, and then detonate the bags BEFORE security even gets involved.

In Israel, security checks bags BEFORE people can even ENTER the airport. Aviv says the next terrorist attack in America is imminent and will involve suicide bombers and non-suicide bombers in places where large groups of people congregate. (i.e., Disneyland, Las Vegas casinos, big cities (New York, San Francisco, Chicago, etc.) and it will include shopping malls, subways in rush hour, train stations, etc., as well as rural America (the hinterlands ( Wyoming , Montana , etc.).

The attack will be characterized by simultaneous detonations around the country (terrorists like big impact), involving at least 5-8 cities, including rural areas. Aviv says terrorists won’t need to use suicide bombers in many of the larger cities, because at places like the MGM Grand in Las Vegas, they can valet park a car loaded with explosives and walk away. Aviv says all of the above is well known in intelligence circles, but the U. S. Government does not want to ‘alarm American citizens’ with the facts. The world is quickly going to become ‘a different place’, and issues like global warming and political correctness will become totally irrelevant. On an encouraging note, he says that Americans don’t have to be concerned about being nuked. Aviv says the terrorists who want to destroy America will not use sophisticated weapons.

They like to use suicide as a front-line approach. It’s cheap, it’s easy, it’s effective; and they have an infinite abundance of young militants more than willing to ‘meet their destiny’. He also says the next level of terrorists, over which America should be most concerned, will not be coming from abroad. But will be, instead, ‘homegrown’, having attended and been educated in schools and universities in the U.S. (It seems to me that too many are indoctrinated in Britain, where people like the thugs who insulted dead British soldiers in Luton are not dealt with properly by idiot magistrates. In a parallel case in Saudi Arabia they’d probably have been beheaded. And incidentally, if you want Sharia law, live in Pakistan,Sudan or Nigeria).

He says to look for ‘students’ who frequently travel back and forth to the Middle East . These young terrorists will be most dangerous because they will speak English, will fully understand the habits of Americans; but that Americans won’t know/understand a thing about them. Aviv says that Americans are unaware and uneducated about the terrorist threats we will inevitably face. America still has only a handful of Arabic and Farsi speaking people in intelligence networks, and it is critical that we change that fact SOON. So, what can America do to protect itself?

Aviv says the U.S. needs to stop relying on satellites and technology for intelligence and instead, follow Israel’s, Ireland’s and England’s hands-on examples of human intelligence, from an infiltration perspective and to pay attention to, and trust ‘aware’ citizens to help.

However, the U. S. government continues to treat its citizens like babies. It thinks they ‘can’t handle the truth’ and will panic if they understand the realities of terrorism. Aviv says this is a deadly mistake. Aviv recently carried out a security test for Congress by placing an empty briefcase in five well-traveled spots in five major cities.

Not one person called 911 or sought a policeman to check it out. In Chicago, someone tried to steal the briefcase! In comparison, Aviv says that citizens of Israel are so well ‘trained’ that an unattended bag or package would be reported in seconds by citizen(s) who know to publicly shout, ‘Unattended Bag!’ The area would be quickly and calmly cleared by the citizens themselves. Unfortunately, America hasn’t been yet ‘hurt enough’ by terrorism for their government to fully understand the need to educate its citizens or for the government to understand that it’s their citizens who are, inevitably, the best first-line of defense against terrorism. Aviv also was concerned about the high number of children in America who were in preschool and kindergarten after 9/11, who were ‘lost’ without parents being able to pick them up, and about schools that had no plan in place to best care for the students until parents could get there.

In New York City , this was days, in some cases!) He stresses the importance of having a plan agreed upon within your family, of how to respond in the event of a terrorist emergency. He urges parents to contact their children’s schools and demand that the schools too, develop plans of actions, just as they do in Israel . Does your family know what to do if you can’t contact one another by phone? Where would you gather in an emergency? He says we should all have a plan that is easy enough for even our youngest children to remember and follow.

Aviv says that the U. S. government has a plan, that in the event of another terrorist attack, EVERYONE’s ability to use cell phones, blackberries, etc., will immediately be cut-off, as this is the terrorists’ preferred communication source and often the way their bombs are detonated. How will you communicate with your loved ones in the event you cannot speak to each other?

If you believe what you have just read, you should send it to every concerned parent, guardian, grandparents, uncles, aunts, whomever. Besides sharing this via e-mail, he suggests you discuss it with whomever it makes sense to. Make contingency plans with those you care about. Better that you have plans in place, and never have to use them, than have no plans in place, and find you needed them.

He ends rather frighteningly with: If you choose not to share this, or not to have a plan in place, and nothing ever occurs — good for you! However, if something does happen, and even more, it directly affects you and your loved ones, then this will haunt you forever.

Iain G. Morrison is a senior marketer in the British Tourism Industry. And hopes the ‘war on terror’ is resolved peacefully. And quickly…

Error: Twitter did not respond. Please wait a few minutes and refresh this page.