1) Paedophilia, 2) Alcoholism, 3) Attempted murder on a parent, 4) and most recently, a young muslims foray into a homosexual relationship have in common? (I’m sure Abu Hamza would not approve…)

Why, they’re all headline grabbing attempts by the Beeb scriptwriters to keep the masses watching Easternders of course…

‘Enders is something of an institution, but has lost its way somewhat over the past few years.

I’m still surprised the BBC haven’t adopted more digital marketing techniques to give the show a boost and deepen engagement with its hard-core audience, particularly to help them shape, and input into the show.

But for the meantime, they have another Daily Mail furore ahead… (which will help awareness in the short term at least)

Iain Morrison is a senior marketer in the British Tourism Industry, an Eastenders fan and like all of you, knows nothing beats a good soap death…

Their use of data has courted much criticism, provoked anger / fear in some quarters, and excitement in others.

But, they claim if they do need to user delete their data after the 6 months those Brussels bureaucrats want, it could affect their ability to spot potential pandemics (using search data) quicker than governments and health agencies.

This was nothing short of a PR masterstroke.

The public are worried about pandemics, but also how their data is used. By gentle hints that Google can help ‘the greater good’, perceptions on what they do with the data they amass may shift…

This can only be good news for Google, health organisations, pigs. And hopefully for marketers…

Iain Morrison is a senior marketer in the British Tourism Industry. And loving Goggle using a bit of old skool PR…

We’ve got counter-suits flying left right and centre. Really rather absurd. Especially as the broadcaster (CBS / MTV) was fined an eye-watering $500,000…

Anyway, here’s a little 80’s gem. A rather special Italian popstrel that captured the hearts of teenage boys everywhere.

And really knew how to work a bikini…

Iain Morrison is a senior marketer in the British Tourism Industry. And has a not so secret love for bad 80’s pop… 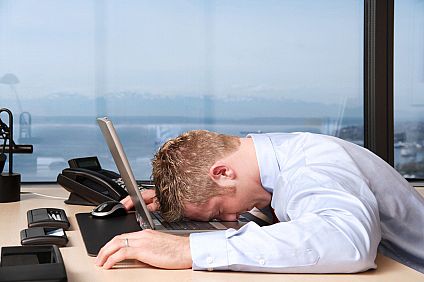 Got the Monday blues?

Have a few minutes with this >>trippy>>…

Iain Morrison is a senior marketer in the British Tourism Industry. And loves a bit of wonderland…

The plot? Well, it is Star Trek…

We aren’t in deep sci-fi mode, but they do set up the new franchise rather intelligently using ‘old’ Spock (Leonard Nimoy) from the original franchise. Simon Pegg doesn’t have much screen time, but he doesn’t disappoint with is Scotty-esque Scottish accent.

Don’t worry, I won’t reveal the plot. That’d be too mean…

I am not generally the blockbuster sort. American summer blockbusters tend to pass me by. But this is surely the must see movie of the summer.

All the critics that wanted to hate it are reluctantly dishing out 5* reviews, and I can see why.

Who knows if the cast know what they have taken on. The franchise has some real hardcore followers, but I think this one will truly crack the mainstream.

JJ Abrams should be proud.

This is a textbook kiss of life  that will take a beleagured , often mocked franchise into the very lucrative several sequels territory.

The ultra short skirts and rippling torsos do help though…

Iain Morrison is a senior marketer in the British Tourism Industry. And is trying really not to end on a bad Star Trek pun. But in the immortal words of an infamous pet detective doing Scotty, ‘I just canne do it Captain. I haven’t got the power’.

Bonny Prince Charlie gets down with the kids…

The preceding webcast  really does represent an interesting foray into the digital world for the UK Royal family.  Be interesting to see what the kids on myspace make of it…

Needs to get to the punch a little quicker, but it’ll be interesting to see whether the world slowly waking up to climate change will result in a growth in popularity for our future King…

Iain Morrison is a senior marketer in the British Tourism Industry. And loves Kermit (but always preferred Miss Piggy)

I started last week. After a week of flossing (and feeling somewhat self righteous), I was flossing away and in the process, I broke a filling.

Gutting, as I’d just spent over £200 at the dentist but a week before.

I had to go back and have it removed and replaced. Another £100 lighter in the wallet, I’m struggling still as the filling is too big, and juts out.

I need to go back. Fourth time in a month. I guess the moral of the story, is floss.

And take out dental insurance…

Iain Morrison is a senior marketer in the British Tourism Industry. And still has an irrational fear of the dentists chair…